I’ve been keeping track of my dreams. I don’t know why really, I guess it’s something Julia Indichova got me thinking about. Maybe it’s because they seem seriously messed up. Maybe it’s so I can look back on them later to decipher what’s really been going through my head during these rough patches and how it can be used to turn things around.

The recurrent nightmare has been absent for a few days. Last night, after I relinquished to an assisted sleep, it was replaced with this:

I’m faced with crossing a large river, much like the Thames but it’s deserted. There is a Mordor-like apocalyptic blustering grey landscape on both sides of the river but it seems necessary to cross it. The river is red, a deep muddy dirty red. There’s no one around. No one but my therapist. It’s her but she looks different. Taller, stronger build. She’s standing in front of me and I have to put my hands on her shoulders so she can lead me across the river. Except there’s no bridge, we have to walk on the water to get across. She’s able to do that with confidence and assures me it’s ok to follow her. It’s not miraculous, it feels practical. But I must hang on. It’s windy and I have to hang on tight.

We start to cross the river and she’s able to walk on the water and I notice I can too. After a few meters I can see we aren’t walking on the surface anymore but sinking, struggling with laboured steps to get through the muddy red water. But we can’t. And then I notice she’s not there anymore. That I’ve let go too soon.

And then I start to sink. I’m sinking through the water slowly like quicksand until it absorbs me. My view transforms to see myself from above. I can see my body slither into the water until only my hands are above it. But they’re not frantically trying to escape, they’re not fighting it. I can see my pale skin floating and slipping through the surface of the muddy red water as I wake up in tears gasping for air.

Just another cheery nighttime adventure! Sleeping is such a pleasure these days! But it is a weirdly cliche dream as well. I feel like I’m drowning everyday but now I actually do it in my sleep too. Great! 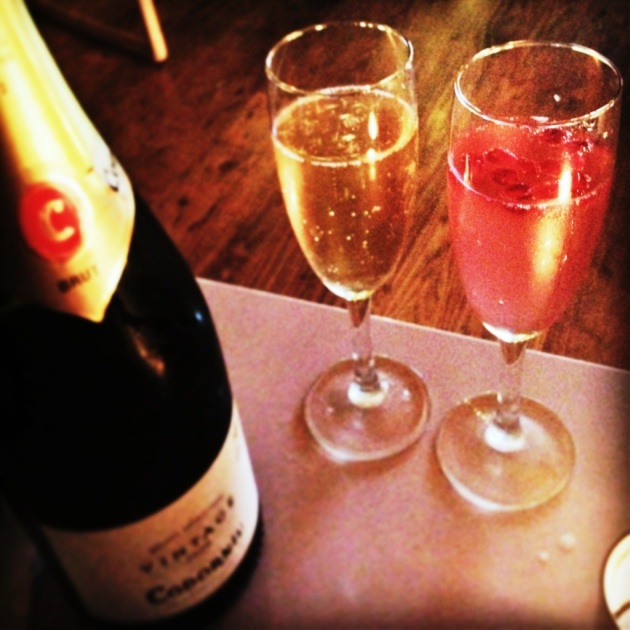 I stopped drinking this year on New Year’s Day 1 January 2013.

It’s not official or anything and it’s actually been over a year but there were a couple of alcohol fuelled meltdowns after each loss last year so I don’t count last year. Haven’t touched the stuff properly since New Year.

Why am I doing this? Is it because I won’t allow myself to live a little? No.

Is it because drinking has a negative affect on fertility? No (but I suppose that’s the upside of quitting).

It’s because I know as soon as I get back on it there’ll be no stopping me. I can’t just have one drink or a few sips. All the months of anxiety and anger and grief will come flooding out with every sip. It’s an exposure I can’t afford. I reckon I’m not far from reaching the bottom of pit-o-despair as it is. A little help from the sauce might just expedite me there on a direct train.

The relief and release from having a drink for me is fleeting. It feels good at the time but then my sadness reappears even stronger. I don’t want to feel worse right now, I want to feel better.

Currently, I can’t even attempt that little glass of vino with dinner for fear of needing to shotgun it directly from the bottle. Or becoming that belligerent dinner guest who tells all the fertile couples off for being so flippin perfect all the bloody time. Or better yet, turning into that emotional sobbing slobbering mess everyone is afraid of during a work function.

I can see it all play out in my head. The pats on the shoulder, the nervous uncomfortable glances exchanged between friends, their rushed excuses for a quick getaway. Perhaps you’ve had enough now, let’s get her home. I can feel the hangover from the hangover already. If I’ve already destroyed my kitchen during a sober meltdown what am I capable of during a trollied tantrum? I best not find out.

I wasn’t out getting shitfaced every night of the week but I sure did enjoy the taste of nice a glass of wine or a homemade cocktail. A few units a week, at social gatherings or a meal out, or just to unwind. But tasting anything remotely boozy now fills me with dread. It’s like my body’s warning me to tread lightly.

I am getting some grief for it. Why don’t you just chill out. Why don’t you just have a few drinks. It’ll loosen you up. Yes I think A drink (singular) might do that but I don’t have the control to stop myself and you probably won’t want to be around when I turn into the Shitfaced Incredible Hulk after my second.

On the upside, quitting has made me feel healthy! I’m contributing to my wellbeing and fertility! Or so I tell myself. I’m improving the quality of my eggs and all that other good stuff. And I guess if I can control any part of this process, this would be it.

I’m not saying I won’t try to have a glass of wine on holiday next week. Because I probably will. I’ll test the waters and see how it goes. At least if I turn into a miserable sobbing cow it will be with The Hubs and he is used to it!

The only thing my husband and I have problems discussing is how my negativity and anxiety directly contributes to our inability to have a child. He feels it does. I know he’s right and I can do nothing about it. It’s clear I’m doing nothing intentional to sabotage our chances. But we also both know that although I’m doing everything I can physically, I’m doing nothing psychologically to help things.

I don’t know how to fix this. I can’t feel any less horrified and tormented when we lose a baby each time and he would never ask me to. The grief and sadness takes its toll. I can’t feel confident we will end up with a child in the future either. We have lost five babies, four of which the cause is unknown. I am terrified.

And although he’s convinced it will work next time, if it doesn’t where does that leave us? How many do we have to lose before it’s enough? He says we will never know unless we try. But the risks and consequences of trying are so overwhelming and debilitating that I don’t want to try. How could I survive another loss?

He has no concerns about trying again. His positivity is astounding. But what he can’t handle is how these losses and the constant set-backs are destroying me.

The hopes for our most recent pregnancy were destroyed by a random chromosomal abnormality that had nothing to do with our RPL, our age, our health. How can I feel confident or positive trying again when nature throws us a curveball like that? Another obstacle in an already unfair playing field. The anticipation and dread is too horrific.

The options as I see it:

1) I protect myself from any future pain of losing another child by not trying to have one. Would the pain of never having a family destroy me? Probably. Would I actually believe it if I said we tried our best? No. Would I hate myself for not being strong enough to give it another go? Already do.

2) We can try again, from which there will be three resulting scenarios:
a) We lose another one. I recede into an even deeper pit of despair from which it is unclear I will ever return. And what? Try again after that? Not sure it’s possible.
b) We succeed with our sixth pregnancy. I can’t even contemplate the possibility. It hurts too much. My mind simply cannot not go there.
c) Neither of the above because we are unable to get pregnant again. Can’t even go there.

So where does that leave us? I’m not sure. Maybe I’m in no position now to try again. Maybe that will come back with time. I’ve obviously not lost hope completely yet since I’m still doing the supplements, the tests, the yoga. The physical me is going for it. Maybe the mental me will get back on the bus at the next stop, or the stop after that. Maybe I’ll step back into the driver’s seat. Until then we’re on autopilot. I guess that’s good enough for now.

Hoping for a Take Home

Adventures of a Labor Nurse

The Highs and Lows of Labor and Delivery

Coping with and trying to solve recurrent miscarriage

My journey from pregnancy, through missed miscarriage and beyond

Life after preterm loss of twins.

Couldn't have predicted this a year ago...

Hoping these two muppets arrive safely and on time

Have we got the X Factor?

Adventures in IVF from "Public Auditions" to the "Live Shows"

Ever Upward™
LittleJillyBean
What to expect when you ain' t expecting

my experience with recurrent miscarriage

my journey as a bereaved mama

Raising our fairy princess, blogging about our adventures after a long infertility journey.

Hoping, Praying and Wishing for our own baby Wales

My journey through infertility, IVF, and pregnancy.

A Hundred Affections
MISS.CONCEPTION COACH
about my eggs

Trying to live through my worst nightmare

The trials and tribulations of a girl TTC

Life and Love in the Petri Dish

Infertile Girl in a Fertile World

Life touched by infertility and loss.

The bumpy road to a "complete" family...whatever that means

No Bun In This Oven

Our journey to parenthood

A Maternal State of Mind

Trying to conceive, one day at a time

Stories of hope from the other side of infertility

Finally Our Family
lamenting the lentil

unexplained infertility, twin pregnancy, and me

A woman and a girl

Miscarriage, Trisomy 13, grief, and a journey

From TTC to Attachment Parenting

Baby or Not Baby... that is the question!

Our journey to becoming parents the assisted way.

Wife of a Sailor

My journey to health and hopefully pregnancy

to expand our fur family to include a tiny human